LASIK stands for Laser In Situ Keratomileusis. It is a method of correcting vision using a laser. It can correct short & long sightedness as well as astigmatism.

A LASIK procedure has essentially two parts. 1. Creating a flap 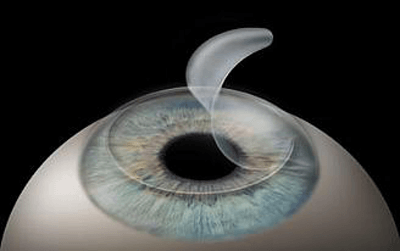 The first is creating a corneal flap, usually 100-120 microns thick. This is usually done using a femtosecond laser called an “Intralase” 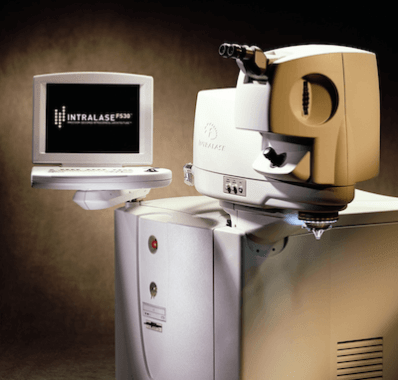 Prior to Intralase, flaps were created using a microkeratome. Some surgeons still use a microkeratome, which is a motorized blade that shaves the surface of the cornea. Microkeratomes suffer from the fact that they are mechanical and thus can jam or fail. The blades can become blunt and produce uneven cuts. Corneal flaps created by microkeratomes behave differently to those produced by femtosecond lasers. 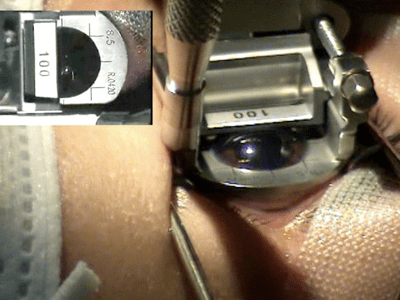 Figure 3. A microkeratome in action

Firstly they are easer to lift but they are also easier to loose. Precise alignment at the end of the procedure is more difficult and usually requires that alignment marks be placed on the cornea. Free flaps are more likely to occur with mechanical keratomes than with laser ones. This is where the flap is completely cut for 360 degrees. Normally a flap is hinged at one end either vertically or horizontally. Further, an incomplete flap can occur if the patient has a deep set eye and the microkeratome isn’t quite placed correctly or there is poor suction. Femtosecond created flaps rarely have these problems.

The second part is the actual correction itself in which a second laser is used to sculpt the cornea into a new shape to correct vision.

Once the flap has been created using either a microkeratome or Intralase, the vision correction part of the procedure takes place.

The patient  is moved under the second laser for the vision correction part of the procedure.

In this part the flap is lifted, the excimer laser is applied to the corneal base which corrects the refractive error and then the flap is put back. 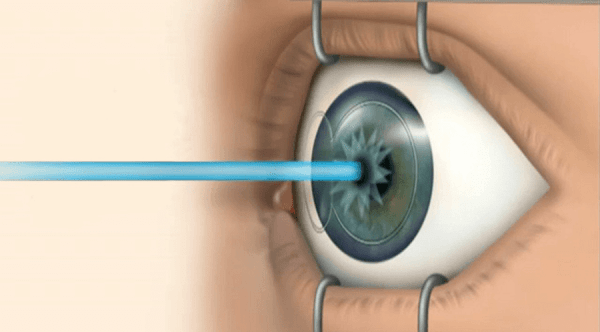 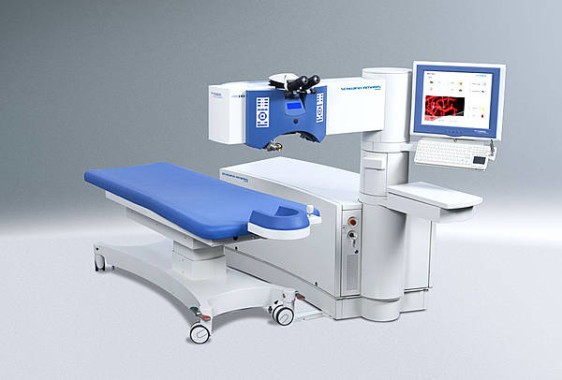 At the end of the procedure, the flap is given some minutes to ‘adhere’ to the corneal stroma. The endothelial cells on the inner surface of the corneal pump fluid out of the cornea and help the flap to stick. Usually the person will then sit outside for a short period before being examined under a microscope to ensure that the flaps are well aligned and without problem. An clear eyeshield is then applied, essentially to prevent eye rubbing during sleep. Antibiotic and anti-inflammatory drops are commenced later that evening and the person is reviewed the next day