The eye is incredibly complicated which is why there are many different types of opthalmologists.

It is in many regards like a camera, which is a good analogy to help understand it. 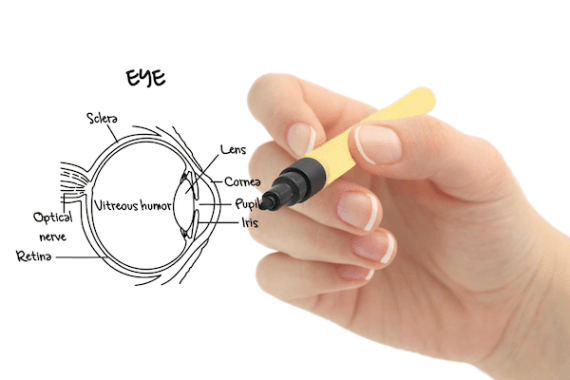 There are four main parts to a camera:
A lens which is usually composed of a number of elements which in a modern DSLR, can be removed. This is the refractive part of the camera.
An iris diaphragm which allows the amount of light entering the camera to be varied. The different apertures are called f-stops. If the f-stop is large eg f22 it allows a very small amount of light to enter. Thus a large f-stop is a small opening. Conversely If the opening is large then it is a small f-stop eg f1.4.
A shutter which opens long enough to allow light in for a predetermined amount of time eg 1/2 second or 1/4000th of a second
At the back of the inside of the camera is a sensor or film. This is where light is focused onto by the lens.

In a camera, the lens can be focused for objects in the distance or objects that are near 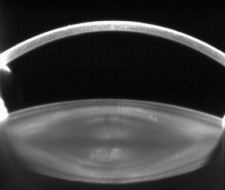 In addition to the lens, it has a cornea which is the front surface of the eye. In fact the cornea and the lens work together as a lens ‘unit’ thus together they are the refractive parts of the eye.

The shutter is the eyelid which of course is in front of the ‘lens system’. In a camera the shutter is within the camera although it is possible to buy a lens that incorporates a shutter within it.

The iris diaphragm is just like that in a camera and is what gives eyes Their colour. When you see that someone has a brown or blue eye you are actually talking about their iris colour. This iris is behind the cornea but in front of the lens.

Finally there is the retina which is like the sensor or film. It is where the lens focuses the image onto. Like a camera, the eye also focuses. When you are looking in the distance the lens shape alters to place the image onto the retina and when you then try to read, the lens again changes shape to re-focus it back onto the retina. Sadly this ability to focus is lost as we age. This is why we need reading glasses as we age