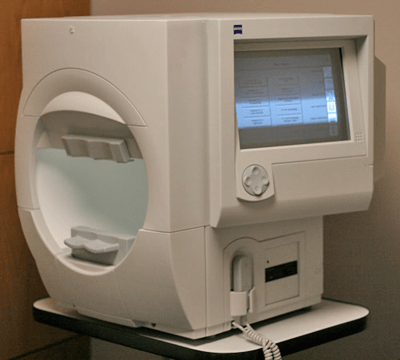 The diagnosis of glaucoma is made by the finding of the combination of a damaged optic nerve, visual field loss and sometimes elevated intraocular pressure although the latter is not required.

The most important part is the finding of the characteristic optic nerve changes.

In the early stages of glaucoma, there might not yet be sufficient optic nerve damage to result in vision loss. This is referred to as pre-perimetric glaucoma. Indeed the goal in glaucoma management is to detect glaucoma before it has had a chance to lead to loss of vision.

As mentioned previously, glaucoma initially leads to loss of vision in the peripheral visual field. It can therefore not be detected in the early stages by the person with glaucoma.

In order to detect it a visual field test is performed. Unlike a vision chart which measures central or reading vision, a field analyzer measures vision in the periphery.

Unfortunately the visual field test is difficult to do, difficult for the technician to administer and therefore universally unpopular but a vitally important test. 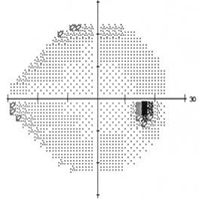 There are two types of visual fields. The most common is referred to as white-on-white because the test bowl is lit white and the stimulus target is also white. A second type is Short Wavelength Automated Perimetry (SWAP). This test uses a yellow lit bowl with a blue stimulus. This second type is used mainly to detect early glaucoma as it is able to pick up vision loss up to five years earlier than the conventional white-on-white.

In glaucoma, cells galled ganglion cells die away. These cells have long axons that travel in a layer in the retina called the nerve fibre layer. 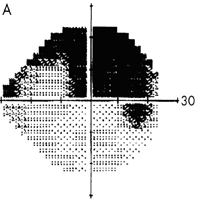 Pachymeters measure central corneal thickness. i.e how thick the front surface of the eye is. This is important for two reasons. Firstly it has been clearly demonstrated that a thin cornea (< 550 microns) is associated with a greater risk of glaucoma progression and an underestimation of the true intraocular pressure. The tonometers which measure intraocular pressure work on the assumption that the cornea is of average thickness.

OTHER INVESTIGATIONS FOR GLAUCOMA

This is discussed in the next section. 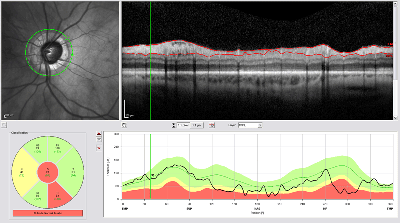 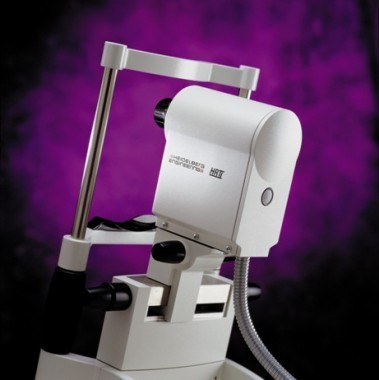